“Change is like a song you can’t hold back,” says Suma, a young girl from Nepal. Suma was a ‘kamlari’, or bonded slave, forced to work for different masters from age 6. Even though bondage is illegal in Nepal, many girls are forced into servitude by their own parents. Her brothers were allowed to attend school, something that Suma always dreamed of. Instead of receiving an education, Suma was beaten and worked to the bone. With the help of other kamlari, Suma is 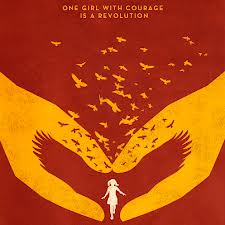 now free and attends school. She uses her education to help other kamlari fight for their freedom.

This is a story that was told in the movie Girl Rising. Suma and eight other girls from around the world share their stories and illustrate how important it is to educate girls. Their stories were written by renowned authors from their native country, and then narrated by a famous actress such as Anne Hathaway, Meryl Streep, Cate Blanchet, and Salma Hayek.

Last week, a few of us from Let It Shine Media (Great Shape!’s communications office) had the chance to see the film. It was eye opening to see that most girls around the world are suppressed and denied an education and a voice. In many other countries, the males are given the opportunity to go to school while the females are forced to work. But through the strength of the human spirit and the power of education, we have the power to change the world.

Want to see the film? Click on the link below to see how you can bring it to a theater near you! http://girlrising.com/see-the-film/

A birthday Shout Out to an Extraordinary Member