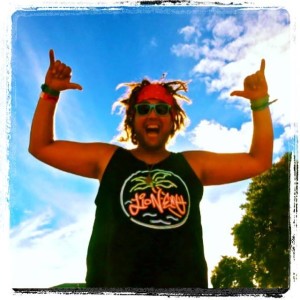 It’s a wonderful thing when a talented musician can also be a devoted humanitarian. DJ Markos otherwise known as Markos Photinos is a longtime volunteer and family member of Great Shape! Inc.

Born and raised in Ashland, Oregon, Markos has known the founders of GSI for years. He started working with Great Shape! when he was 15 years old. “It’s always an extravaganza. It’s my pleasure and honor to work with them.”

Markos has traveled to Jamaica with us as well as on his own. He says, “I’m absolutely infatuated with Jamaica,” and it shows. Markos serves in Jamaica not only for the good of the cause, but also because he loves watching people “give so selflessly.” In an interview about his work volunteering with GSI, Markos explained that it’s actually really hard work, that volunteers pay for, but the outcome makes it all so meaningful. “It’s awesome to see how receptive and thankful the Jamaican populous is,” and that’s what keeps him returning to our family each and every year. 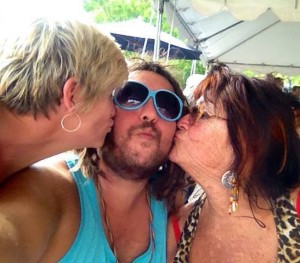 One of Markos’ biggest joy moments came from one of his many trips to Jamaica. As he waited to catch a bus in town, a man stood by him who was on his way to work. The man asked Markos what he was doing in Jamaica, and he responded that he was working with Great Shape! Inc. The man lit up with joy and explained that the whole reason he has his current job is because of GSI. Papa Joe had fixed his teeth and enabled him to gain the confidence and presence to obtain a good job. He was so sincere and grateful, which humbled Markos and made him so thankful for everything Great Shape! does in the Jamaican community.

Keeping himself busy these days, Markos is working on three main projects: his own band, Marko and the Escort Service, he sings in a band called Mystic Roots, and has his own clothing brand, RuffKuts Clothing, that he started seven years ago. His love for music keeps him traveling around the West coast to dozens of music festivals. This summer he was blessed to participate in Reggae on the Hill, a legendary music festival in California and the NorthWest World Reggae Festival in Astoria, Oregon. He’s been on the road a lot this summer, but says it’s “all worthwhile.” 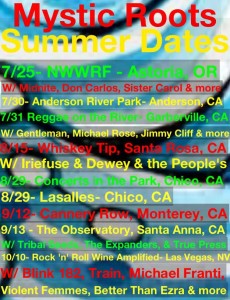 This last Tuesday, August 12th, his band Mystic Roots dropped their new single, “Summer Festival (Ready for it)” which is available on all digital outlets, and is available for purchase and download on Itunes. 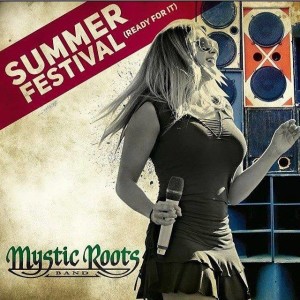 Big things are happening in the world of Dj Markos and we at GSI are truly blessed to have him as a member of our family. One Love Markos and Big Up!

Thank You from Kendal Primary