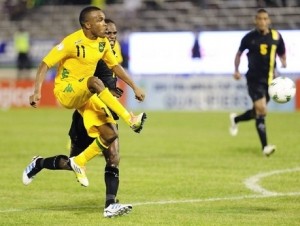 The Jamaican soccer team keeps their dream of attending the 2014 FIFA World Cup alive! Last Friday the “Reggae Boyz” had lost hope after losing to Guatemala 2-1. But last night, the Boyz beat Antigua and Barbuda 4-1advancing them to the final qualifying round! The Boyz also had some help from the United States, who ended Guatemala’s chances of advancing after defeating them 3-1.

Keep cheering for the Reggae Boyz in their fight to the World Cup!