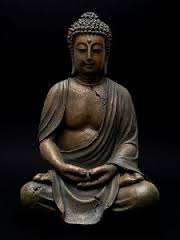 What’s Celebrated?
Bodhi Day (Also known as Rōhatsu in Japanese culture) is the Buddhist holiday that commemorates the day that the historical Buddha, Siddhartha Gautauma (Shakyamuni), experienced enlightenment, also known as bodhi in Sanskrit and Pali. According to tradition, Siddhartha had recently forsaken years of extreme ascetic practices and resolved to sit under a peepal tree and simply meditate until he found the root of suffering, and how to liberate oneself from it. The Buddha describes his Enlightenment in three stages:

Any Special Traditions?
It is common for Buddhists all over the world to meditate or stay in prayer during the night on Bodhi Day, following Siddhartha’s example. Homes are usually decorated with colorful images, which signify that enlightenment is attainable in many ways, of the Buddha under a fig tree to commemorate the day of his awakening. Candles and lights are lit every night starting on Dec. 8 for 30 days to symbolize enlightenment. A small fiscus tree, or ficus religiousa, is decorated with a string of colored lights and beads to symbolize that all things are connected. The Buddha ate a meal of rice and milk after his awakening; therefore, it is a tradition to eat this as one meal on Bodhi Day.

Celebrate!
Make cookies in the shape of a tree to symbolize the Bodhi Tree, or make leaf shaped cookies with this recipe Link
Fast Fact: Did you know that it was in 596 BC that the Buddha attained enlightenment under the Bodhi tree!
Celebrities who celebrate(d): Rosa Parks (U.S. Civil Rights Activist), Kate Hudson (American Actress), Jackie Chan (Hong Kong Director and Performer)

When is it?
Bodhi Day is celebrated on the 8th day of the twelfth month so December 8, 2014.
For more information visit here: Link