If You Believe, You Can Acheive

On Saturday, Trench Town native Christopher ‘Prince Okeito’ Duhaney was declared the winner of the Jamaican Music Institute Song Competition at the Ambassador Theater. The twenty-two year old beat out nine other contestants in the competition, winning $75,000 and a recording contract with JaMIN studios! There were many colorful performances from all of the contestants, and even a performance from Lascelles Perkins. Perkins, now 80, was the first person to win a song contest at the Ambassador back in 1956.

During his acceptance speech, Prince Okeito gave great advice, “once you believe in yourself you can achieve anything, and determination is always the key“. The United States Ambassador to Jamaica, Pamela Bridgewater, and former Prime Minister PJ Patterson were at the competition and gave Prince Okeito a heartfelt round of applause. 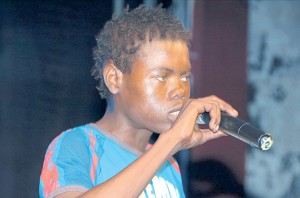