Putting Heart in the Holidays 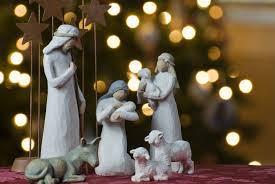 What’s celebrated?
Christmas is a Christian holiday honoring the birth of Jesus Christ. Christmas evolved over two millennia into a worldwide religious and secular celebration, incorporating many pre-Christian, pagan traditions into the festivities along the way. Today, Christmas is a time for family and friends to get together and exchange gifts.

Any Special Traditions?
A variety of Christmas celebrations have developed that incorporates regional and local cultures. For Christians, participating in a religious service plays an important part in the recognition of the season. The practice of putting up special decorations at Christmas has a long history, starting from the 15th century.

The traditional colors of Christmas decorations are red, green, and gold. Red symbolizes the blood of Jesus, which was shed in his crucifixion, while green symbolizes eternal life, and in particular the evergreen tree, which does not lose its leaves in the winter, and gold is the first color associated with Christmas, as one of the three gifts of the Magi, symbolizing royalty

The Christmas tree is considered by some as Christianization of pagan tradition and ritual surrounding the Winter Solstice, which included the use of evergreen boughs, and an adaptation of pagan tree worship.

Christmas is celebrated through caroling and traditional songs. A special Christmas family meal is traditionally an important part of the holiday’s celebration, and the food that is served varies greatly from country to country.

Christmas cards are illustrated messages of greeting exchanged between friends and family members during the weeks proceeding Christmas Day. The traditional greeting reads “wishing you a Merry Christmas and a Happy New Year”, much like that of the first commercial Christmas card, produced by Sir Henry Cole in London in 1843.

When is it?
Christmas is traditionally celebrated on the 25th of December, which closes the Advent season (preparation of Jesus’ birth).

Caribbean Infused, Made with Love

Love Can Build a Bridge!