Without A Shadow of a Doubt! 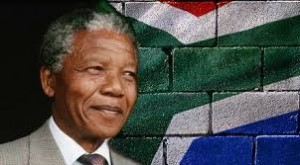 The Man of the Hour

On December 5th, 2013 this world lost one of its greatest leaders, Nelson Mandela.
As humanitarians, we are grateful for the path he set before us,
thankful for his demonstration of servant leadership.
We interviewed a good friend and native of South Africa, Andre de
Klerk. By spending the first 40 years of his life with President
Mandela as his leader, he shares how Mandela touched his life.

How did nelson Mandela impact your life?

“Honestly he did not impact my life until later in life because in my childhood adolescents I was too young to understand the meaning of what was going on. The point at which i was impacted the most was when Mandela began his movement to inspire everyone to be tolerant, understanding, and accepting of different races.”

What was your favorite memory of  Nelson Mandela?
“How Nelson Mandela congratulated The South African World Cup Champion Rugby Team  on their improbable road to victory. He showed character and reconciliation to everyone, even those who oppressed him for years.” 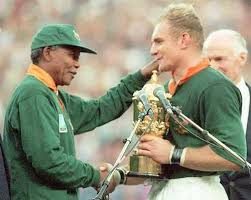 Do you feel he was your countries greatest leader in your lifetime?
“Oh defiantly, without a shadow of a doubt! There was and never will be anyone who can inspire change throughout an entire culture like Nelson Mandela.”
Tags: #Apartheid, #December5th, #Interview, #Mandela, #ManofHonor, #Nelson, #Reconciliation, #Rugby, #SouthAfrica, #Springboks
Previous post Impress with the Best Coffee Recipe! Next post Extend Your Boundaries…